Yep, it's almost that time of year.  Turkey, 'taters and too much of everything else.  By the time you hit the pumpkin pie, everyone's ready for a nap.  Why not liven things up with a turkey day trivia quiz?  Losers have to wash the dishes! 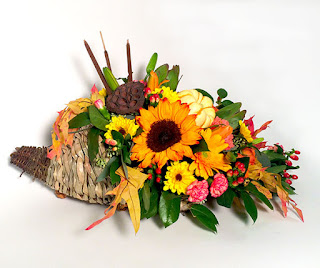 2. Which state produces the most turkeys yearly? (North Carolina.  Of course, if we are talking about the turkeys in congress, every state in the union is a large producer. . . )

3.  Every year, the president pardons a turkey, saving it from someone's dinner table.  This turkey then goes to Frying Pan Park in Herndon, VA to live out the rest of its days without fear of being paired with yams and cranberry sauce.  Who was the first president to start this tradition?  (Harry S. Truman, in 1947)

4.  When was the first Macy's Day parade held?  (1924.  No one will want to see it this year, though, because for the first time Macy's will be open on Thanksgiving.  Instead of watching the parade, everyone will be out shopping.)

5.  Which president officially made Thanksgiving a national holiday?  (Abraham Lincoln)

6.  Which president signed into effect the law that said Thanksgiving will be celebrated the fourth Thursday of November? (Franklin Roosevelt.  This was after he suggested moving Thanksgiving a week ahead to allow for a longer Christmas shopping season  At the time, people were scandalized by him trying to 'rush the season'.  Wonder what they'd think of some stores nowadays putting Christmas merch out in August?)

7. How did male turkey come to be called 'Tom'? (This moniker was started by Benjamin Franklin, because he was angry at Thomas Jefferson for turning down his suggestion of making the turkey our national bird!)

8.  When was the first Thanksgiving Day football game held? (1934, featuring the Chicago Bears and the Detroit Lions.  The Bears won.)

Where is the best place in the Valley to find the freshest flowers and best ideas for your Thanksgiving centerpieces and floral decor?  Why, the answer can be nothing other than Cactus Flower Florists, of course!
Posted by Unknown at 10:23 AM